Through her inspirational poetry, photography and stories of encounters with Jews, Moslems and Christians, Ruth Fogelman takes you on a journey through Jerusalem's Old City and its Jewish Quarter. 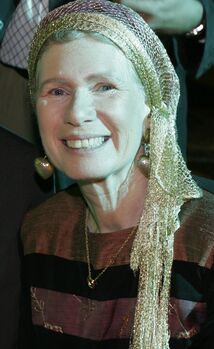 Many of the poems, stories and the profiles on these pages, and in all of Ruth Fogelman's books, display a strong awareness of the Muslim and Christian as well as the Jewish within Jerusalem – the call of the muezzin and the church bells, the black-robed priests and the Muslim sitting at a market-corner in prayer as part of the city’s fabric – both on the physical and spiritual planes. To quote Prof. Harold Fisch, the particular and the universal in Judaism are intertwined.
Through Ruth's poetry and stories, you will see that peaceful co-existence between Jew and non-Jew is a reality today. Touring her photo gallery, you will find the beauty of life - and still-life - with the Old City Walls.
​
WHATS NEW
HANUKA SAME'ACH!

One flame forks into two ––
a ballerina’s two arms, reaching upward
one above the other
entwine to one fat blaze of orange
and again split apart.

The wax of the shamash drips thickly along its left side
forms an arm poised on hip ––
an angry mother
telling her child for the fourth time
to do as he’s told.

The candle to its left links its waxy arm with the shamash
they stand side by side ––
two little girls
on their way home from school.

One candle is dwarfed by its neighbors ––
a small child peering up at her father and mother
who look to her like giants.

Six blue-rooted, silent flames pirouette and stretch ––
a row of women dancing before the bride
on this fifth Hanukah night.

This poem appears in Ruth's book,
Jerusalem Awaking
All material on this site is under copyright ©   Ruth Fogelman and may be copied only with permission from the owner.